To celebrate the end of the year, we’re offering a free collection of new patches for our Oberon (version 2) and Noxious (version 1.5) synthesizers, and for the LeSpace multi-delay. There’s only a handfull for each RackExtension but, hey, we hope they will inspire you!

All patches are compatible with Reason 9, 10 and above. Click the download link below to grab it (the ReFill has been ZIPed for security reasons). 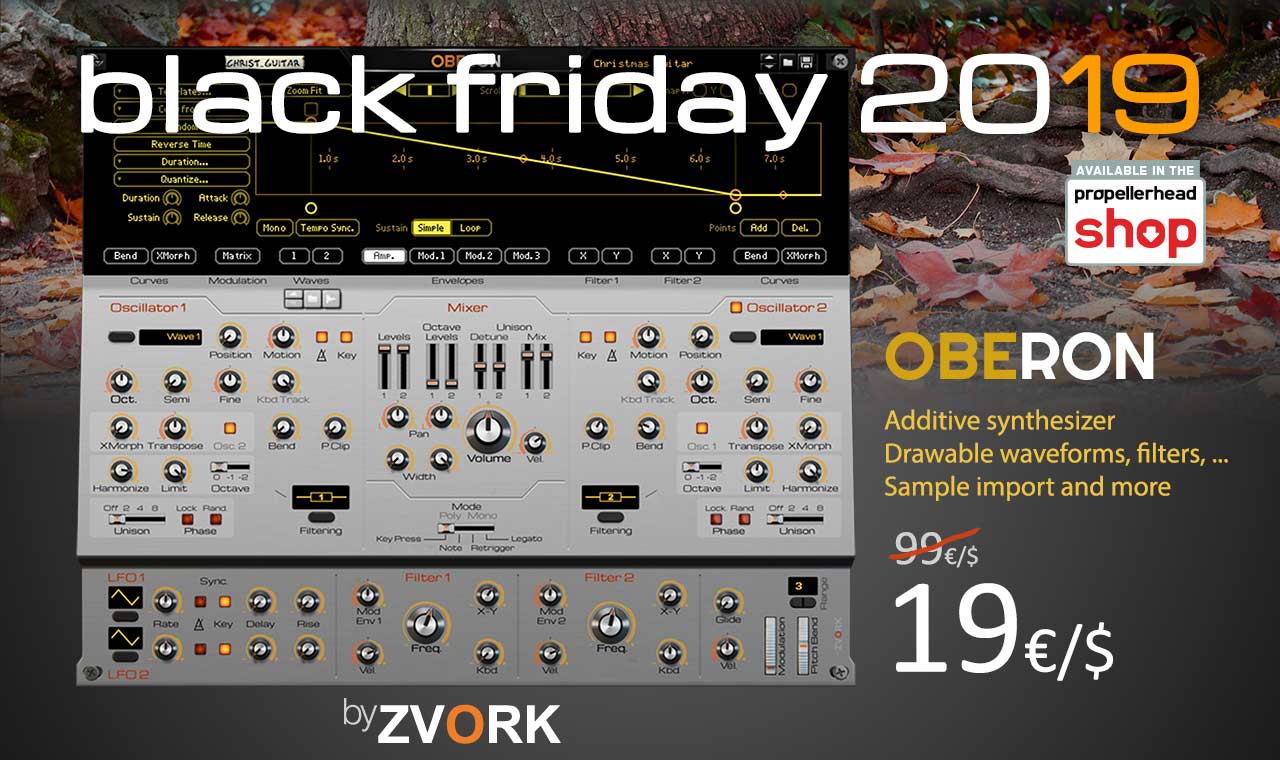 From November 22 to December 2, the Black Friday sales are on in the Reason Studios shop! Like every other year, Zvork is participating and this year, our top 3 audio Rack Extensions are on sale for the entire period at only 19€/$. This includes:

Head off to the Reason Studios shop page to grab one of them, or even all three with the Audio Pack bundle at an even lower price.

When will these sales end? Until the end of the year, take advantage of a 20-25% discount on the Oberon, LeSpace and ST100 Rack Extensions, for Propellerhead Software’s Reaon DAW.

We’ve just released an update to our ST100 Strumming Machine, our recent Player rack extension for Propellerhead Software’s Reason DAW. This new version 1.0.1 adds a small, but creatively usefull, new button “Play Position Retrigger” that resets the play position each time you release all your keys and retriggers the sequence play status when you press down a new one. In live situations this is pretty handy to trigger those riffs whenever needed.

You also get some small UI improvements (check out the back panel for some details) such as the new “Alter” function that slightly randomizes your patterns.

All this is free for existing ST100 owners. So head out to your Propellerhead accounts to download it. 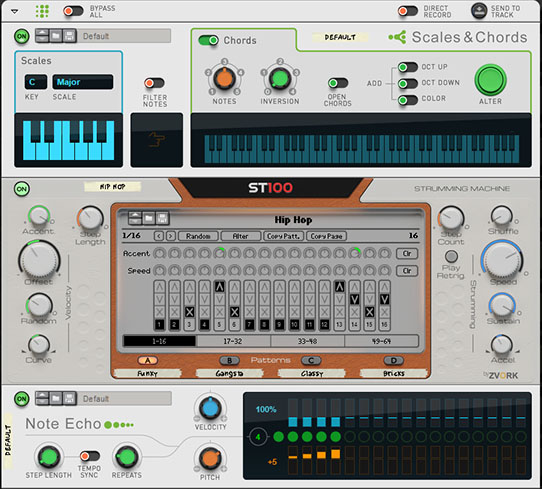 We’re happy to announce the release and immediate availability of our first player rack extension for Reason, the ST100 Strumming Machine. Yes, starting with Reason version 10.1, as the name of the rack extension implies, you will be able to play strums on any instrument in your rack. Check out the product page for more information! 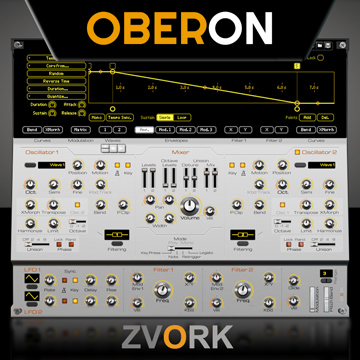 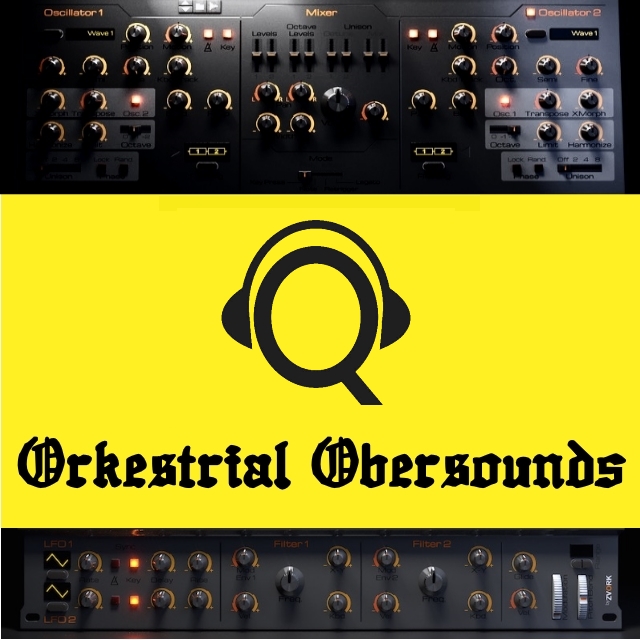 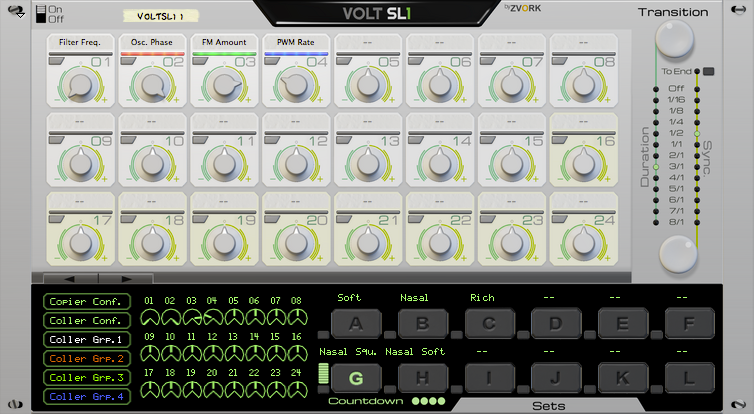 Russel James Dionne, one of our Volt SL-1 users has kindly shared with the community his remote mapping file for the Behringer BCR2000 desktop controller. 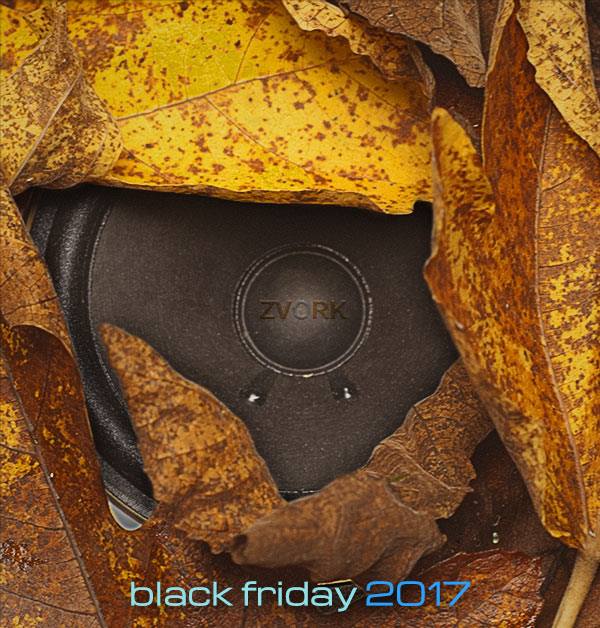 Zvork participates in the Black Friday sales at the Propellerhead Software Shop by offering a 60% discount on its rhythmic spatialised multi-delay Rack Extension, LeSpace:

Originally priced at 39$ / €, the plugin is offered at 15 $ / € until november 28. The plugin is exclusively available for Propellerhead Software’s Reason DAW and on both Windows and MacOS.

Jump to the LeSpace shop page for more product information. 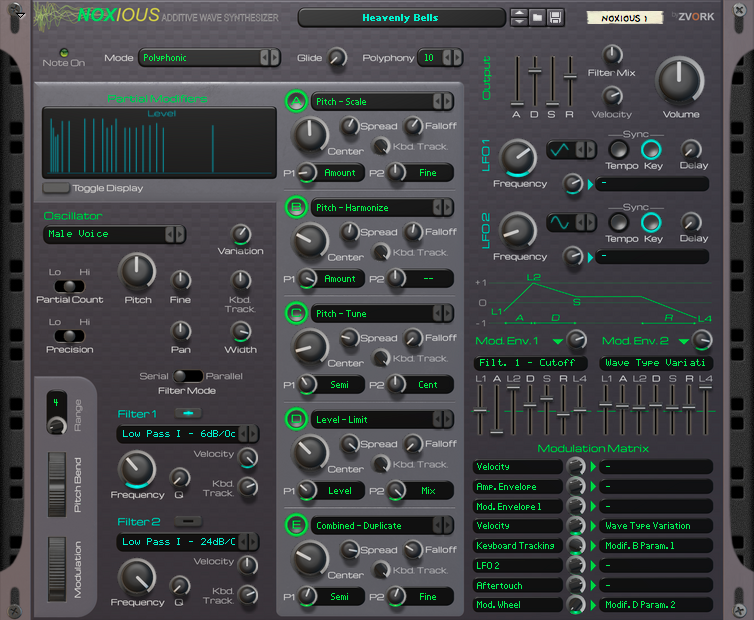 Following the success of our Noxious end of summer sales 2017, we decided to permanently drop its price to only 39 $/€! And remember, if you haven’t done so, you can get a free 30 day trial of the Noxious Rack Extension at the Propellerhead Shop. 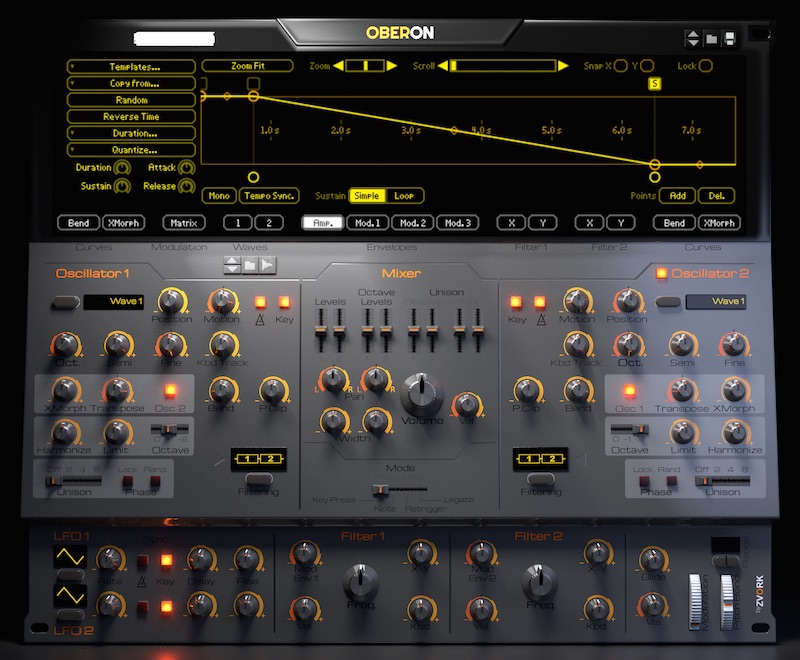 We’re very happy to announce that the new major release for Oberon 2 is now available in the Propellerhead Shop.

Now, users can import up to two simultaneous audio samples of any format supported by Reason into one of the two user wave sequences. Audio samples are analyzed into a sequence of evolving partial spectrums which can then be played by the oscillators. Play complete samples, single cycle wave forms or freeze onto a specific time. Either way, this opens up new possibilities combined with Oberon’s morph and filtering capabilities.

Even without audio samples, Oberon’s sound design process has been greatly improved. The introduction of two modifiers on top of the existing user drawable wave form sequences lets you modulate these wave forms in a non destructive way. Each modifier shares the same list of possible operators such as FM, sync, clipping, bit reduction or analog sounding filtering. Since each wave form of the original two step sequence has its unique two modifiers, morphing between a FM wave form and an analog sounding synced wave is now possible.

Oberon’s 16 point curve based envelopes where already powerful but their loop section was constrained to begin at the first point. With version 2, the start of the sustain loop can be anywhere on the envelope curve. Even the release section now has a separate loop option. Combined with an improved user interface for envelope editing, such as quantize on all four sections, giving movement to your sound is easier than ever.

The latest Rack Extension SDK features let us improve the user interface, especially the main editing display. Each curve type features more templates, quicker functions, sorted menus in a more compact form, leaving more space for the curve display. The modulation matrix has migrated to this central display, giving the interface a less cluttered feel. The two LFO’s now gained a delay and rise parameter for more subtle modulations. For those of you who wish to integrate Oberon inside Blamsof’s Polymodular system, we’ve added a new audio output mode for more compatibility.

Available for Reason 9.2 and above

This version is available only for owners of Reason 9.2 and above at 99$ / 99€ or as a paid upgrade for existing Oberon license owners at 20$ / 20€. Oberon is also available as a bundle with the Noxious additive synthesizer and LeSpace multi-delay at a lower combined price.